The Summer Works in Progress performance is extremely casual and features works from the Summer Yogadance Intensive. It’s informality allows "new to performance" participants a gracious entry into the field, and invites audience interaction. All are welcome.

May Market and Garden Celebration 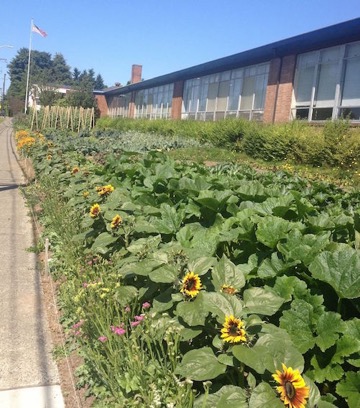 The Crown Hill Market is back at the Crown Hill Center! May will be a celebration of the community garden - bring a picnic to the park, the garden will supply the salad.  Taj Motion will be performing as part of the celebration: "Leap Frog Pattycake", "Women in Kilts", "Pommel Horse", and more! Details can be found here.

Pictures from a Pilgrimage: 37 Days on the Camino de Santiago

Join Theresa for a slide show presentation and excerpts from her blog of her recent 500+ mile walk across Spain on the well known pilgrimage, the Camino de Santiago. Some of the movies kinda have it right, but see a non-Hollywood version of this extensive trek by a real human who not only lived to tell the tale, but thrived. RSVP appreciated by not required at Theresa@TheresaElliott.com

Postponed. Check back in November for new date.
$5 donation

This year’s building wide celebration has a new twist. Bring Your Own Picnic! Picnic tables will be set with table cloths for you to enjoy the food and beverage of your choosing. Performances will include teachers and students from the Taj, ARC Ballet, and maybe even a little “Acid Queen” from Gilbert & Sullivan’s production of “Tommy”! 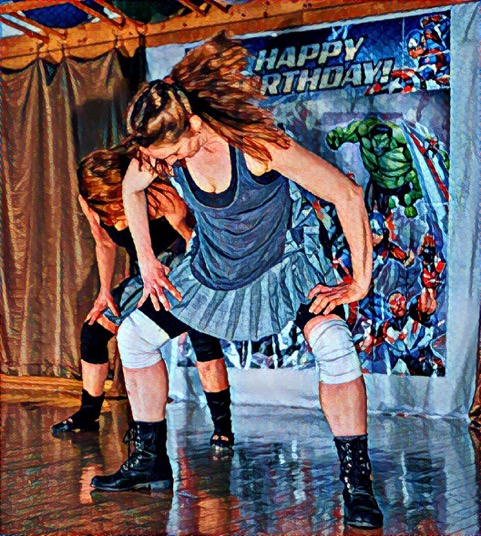 The Summer Works in Progress is part of the conclusion of the annual Yogadance Intensive. Every year the intensive participants perform and I show additional pieces that are on their way to prime time. It's a really fun, performer-friendly atmosphere.

This year with the advent of Mota Perpetua, I will have four distinct pieces in process to show:

The last Taj Birthday party was one of my favorites, and this video features highlights from four of the performances:

“Classic Yoga Demonstration” Performed in silence, and a nice counter point to the music.

“Roll+y Poll+y” A community ensemble piece based on rolling and small court balls.

“Women in Kilts” Inspired by The Avengers and unintentionally, by 2nd hand Viking’s viewing.

Theresa will be presenting three works at this year’s birthday party:

Theresa is being honored as a Seattle Yoga Luminary and will be performing "Leap Frog Patty Cake" with Michelle Befus, in addition to conducting “The Yoga Line Dance,” original choreography for big groups of people who want to have fun. 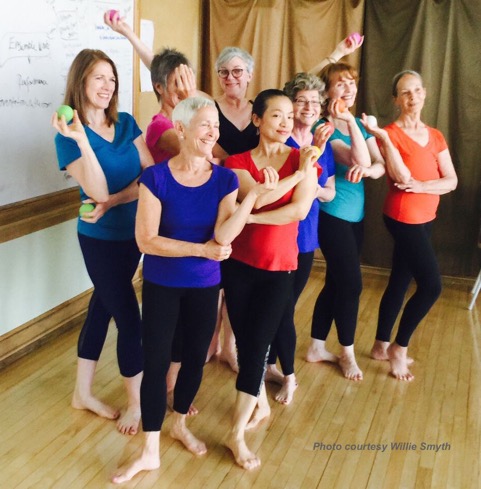 This year's Summer Works in Progress was particularly fun for me as I had my yogadancers use balls in one of their pieces. But I'm also hitting a milestone as I pass one of my platform pieces onto a student for the first time (my "Leap Frog Patty Cake" partner, Michelle Befus). This video shows highlights of three of the four pieces performed.

Join the yogadance ensemble as they perform new choreography from the 2017 Summer Yogadance Intensive! Will also include two platform pieces being restaged: "Ondine 3", featuring Michelle Befus as Ondine, and Therea Elliott in "Take 5."

Click here for information about the 2017 Summer Yogadance Intensive 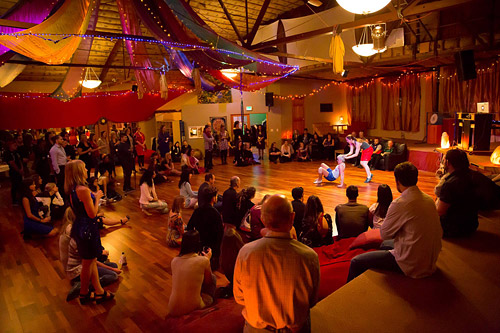 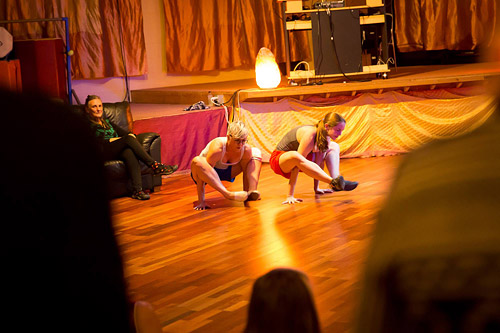 Photos by Sukha Design and Photography

Two fun shots of Michelle Befus and I performing "Leap Frog Patty Cake" at the SYN Holiday Party. The second photo shows the Bhujapidasana section of the piece. This arm balance is probably the easiest of it's kind, but I'm in it for almost a minute doing variations with my legs as Michelle hop scotches around me. Holding the pose isn't a challenge to the arms, but to the quads as the variations are kind of like the Cancan.

More about the Piece
"Leap Frog Patty Cake”
Choreography: Theresa Elliott. Dancers: Theresa Elliott and Michele Befus
The name of the piece is derived from the kid-inspired playground shenanigans I used to create the choreography, and the music of well known classical composer Bela Bartok is the sometimes predictable, mostly not, field I dropped it into.

The first movement of Bartok’s Piano Sonata has been on my bucket list for years, but I always assumed I would play it. Choreographing it, it’s amusing to consider the rhythmic difficultly it poses for the pianist (Bartok switches key signatures constantly) and know my task was no less daunting. To take this sometimes kinetic, often times highly cerebral piano work and create visual patterns that help the viewer see and feel the music has been quite challenging, and quite rewarding.

For more information, location and how to buy tickets:
http://seattleyoganews.com/holiday-party-2016/